Voting for the Samba Gold 2022 winners is closed! Now it’s time to wait for the announcement to find out who will take the trophy in each of the categories. The award is given annually to the best Brazilian male and female player outside Brazil. The women’s category started in 2021, while the Under-20 made its debut in this edition, aimed at the most prominent young player in the country or abroad.

Learn more about the categories:

Be sure to check out the big winners of Samba Gold 2022!

Stand by for the announcement of each Samba Gold 2022 category

Samba Gold was created by Samba Agency (Sambafoot) in 2008 and had former midfielder Kaká as its first winner. In the last edition, star player Neymar Jr. took home the trophy and became the biggest winner in the history of the award, with five achievements in total. Thiago Silva occupies the second position in the historical ranking, with three awards.
Initially intended exclusively for men’s football, Samba Gold grows every year, and today includes three categories: men’s, women’s, and the new Under-20.

The award took into account the performance of athletes in European territory only. In 2021, it was expanded to all continents. 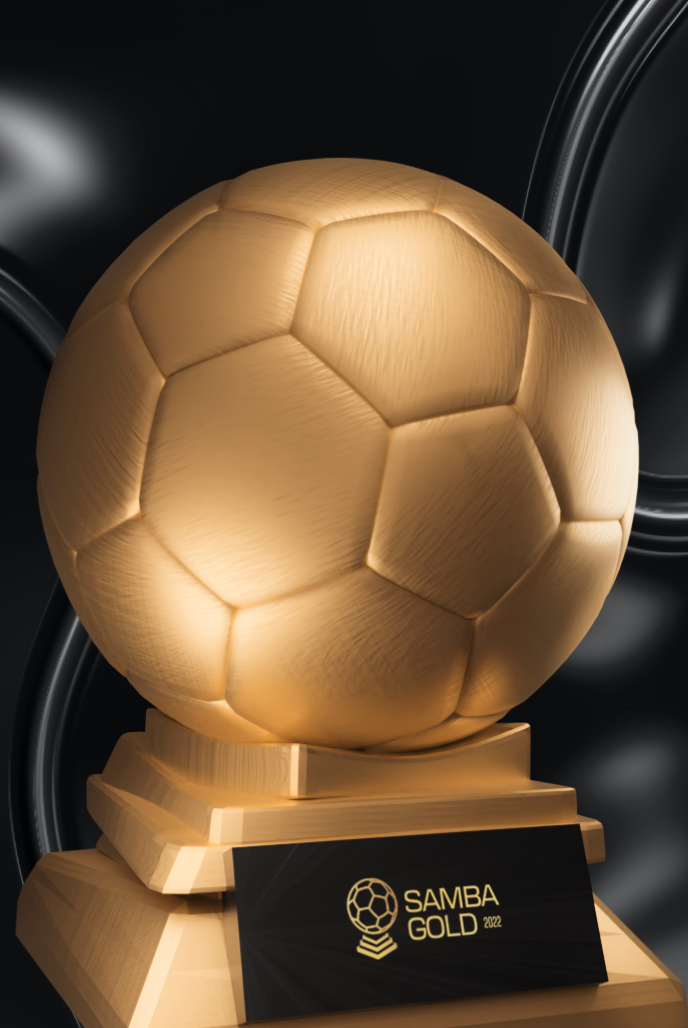 Trophy given to the winners

See who is running for the award of the best Brazilian of the year playing abroad.

Check out the Brazilians in the run for the second trophy of the women’s category.

Who will be in the first podium of the newest Samba Gold category?

The Samba Gold voting system brings news as of this edition

Formed by a select group of professionals linked to the world of football, the Electoral College is responsible for nominating players in the three categories.

The choice of winners is made through public voting. Once voting starts, everyone can vote for their favorite in each category.

It’s our special guests who, just like in public voting, also vote for their favorite athletes. All votes have the same weight.

The goal is to nominate the 20 most outstanding Brazilian men and women players in the year playing outside the country, in addition to the 20 most prominent Brazilian under-20 players in 2022 in Brazil or abroad. The award takes into account the athlete’s statistics, achievements and overall impact on their club(s) from the start to the end of the year.

The lists of nominees in each category are made up of 20 male, 20 female and 20 under-20 names, and will be released on December 20, 2022. Members of the Electoral College are responsible for nominating players in the three categories.

Samba Gold 2022 voters belong to two distinct groups: the first, public voting, comprises readers, users and followers of the Sambafoot website; the second, VIP voters, is made up of special guests from the Sambafoot team. The votes of both groups have the same weight.

Voting for the three categories of Samba Gold 2022 starts on January 3, 2023, and ends on January 31, 2023. Each voter will be able to choose one (1) candidate from each category as their favorite to win this edition.

The Samba Gold 2022 custom trophy will be delivered by Sambafoot directly to the three winners – men, women and under-20. The first places will have their names revealed on February 15, 2023. The announcement will be made through Sambafoot’s own website and social networks and on the Samba Gold page.