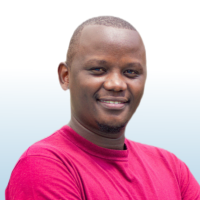 Brazil Football Team | The R$3.6 billion Team is World’s 2nd Most Valuable
by
Shadrack Kairu
Boasting of having won five world cup titles, the Brazil football team is throttle full with immensurable talents. Although the country last they won the World Cup in 2002, its team is still dripping with incredible talent, and it’s not surprising that they’re valued at R$3.6 billion, coming a distant second to England. Despite recently […]
Meet Matheus Nunes, Another Brazilian Who Choose To Represent the Portuguese National Team
by
Shadrack Kairu
Although Matheus Nunes was born on the west side of Rio de Janeiro in Brazil, he moved to Portugal with his stepfather and mother when he was only 12. Eventually, he started playing football when he was not working at his family’s bakery. At age 20, Nunes was signed by Estoril. After playing a few […]
Atletico-MG Sells 850,000 Fan Tokens on Socio.com To Break Record
by
Shadrack Kairu
A few months ago, the club generated approximately R$9 million from selling the 850,000 digital coins on the Socio.com platform. Each fan token was sold for $2 meaning the campaign raised a whopping $1.7M. The big sales are quite a milestone for Atletico-MG as their revenue from the market was equal to that of Man […]
1

Qatar recognizes death of 400 to 500 migrant workers; previous number was 40
New rule? Referees told by Fifa to give more extra time in Qatar
Samba Gold 2022 has started! The 15th edition is full of news
How many World Cup Mascots do you remember?
Who are the oldest Brazilian players in World Cup history?